Time to recognize Spoelstra’s rise to the top 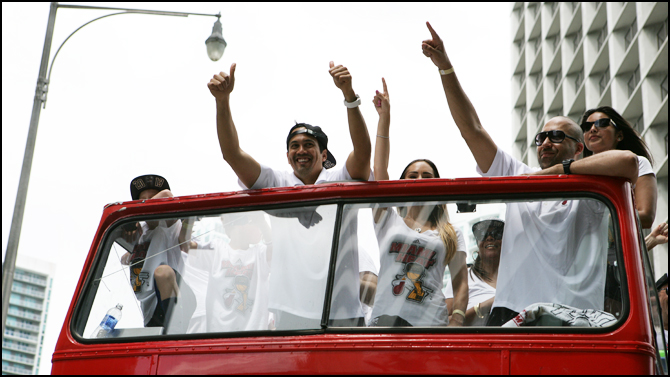 This is what TV analyst and former coach Jeff Van Gundy said last June during Game 3 of the NBA Finals, before the fourth quarter, long before so much of the series’ drama still echoing as a new season moves into view:

“Erik Spoelstra is going to the Hall of Fame.”

When this is mentioned to Spoelstra after a Heat practice this week, he chuckles uncomfortably and says, “That’s hubris.” He returns to a more comfortable subject. Which is this season. Or, more precisely, habits.

Read more from Dave Hyde of the Sun-Sentinel…