Miami HEAT coach Erik Spoelstra, in Year 8, getting to know his latest challenge 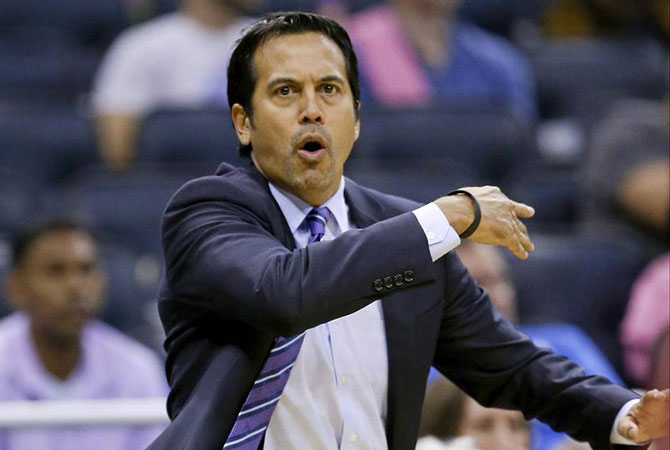 This is season six for No. 1 in Miami. It is not yet the longest Chris Bosh has been with an NBA franchise. It is, however, the longest he has played for any NBA coach. It has been such an eternity, in what Erik Spoelstra calls “the microwave society” of sports, that you would assume the two men were intimately acquainted.

What could remain a mystery after all they’ve endured and overcome?

“I think we’re just getting to know each other, really,” Bosh said Tuesday, following preparation for a season that starts Wednesday against the Charlotte Hornets.

For Bosh, the progress came this summer, after Spoelstra suggested they set up some lunches. “I’m glad you said that,” Bosh recalled saying. “Let’s kind of take root in what we’re talking about. … It starts with me and you. If we’re not communicating, how can we expect everyone else to communicate?”

Read the entire post from Ethan J. Skolnick of the Miami Herald