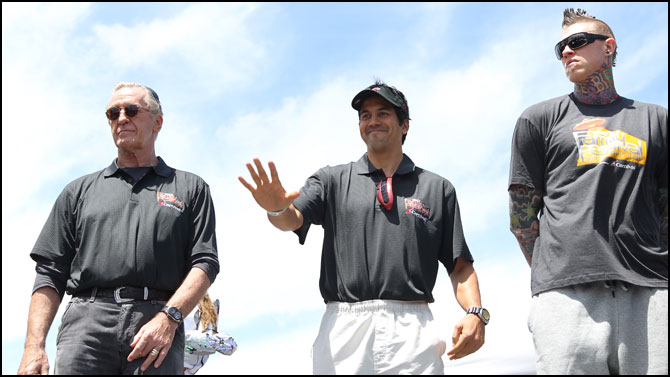 So there was Tom Thibodeau on Tuesday, talking through gritted teeth about the Chicago Bulls’ luxury-tax dump of Luol Deng, and it was clear all was not right between coach and general manager.

And then, hours later, there was Erik Spoelstra standing in the hallway leading from the court to the Miami Heat locker room at AmericanAirlines Arena, talking about “consensus,” just as his boss, Pat Riley, had earlier used the same word in an interview with a financial publication.

Yes, Pat Riley and Micky Arison have final say on personnel and spending with the Heat, but even before word came about his contract extension and increased personnel input, Spoelstra stood as more than an arm’s-distance coach.

To appreciate Spoelstra’s interest in personnel is to appreciate the passion he brings to the sidelines can be mirrored at times with his overall passion for the league. No sooner did the Heat complete a victory over the Detroit Pistons in December, then he scrambled to get the skinny on that night’s trade of Rudy Gay from the Toronto Raptors to the Sacramento Kings.

To Spoelstra, it’s all part of what he so often calls “the process,” when it comes to the grand scheme that is the NBA. And yes, even with heavy hitters such as Riley, Andy Elisburg and Micky Arison and Nick Arison, Spoelstra is part of the Heat’s personnel process.

Riley made that clear in his interview with IndexUniverse in advance of that company’s symposium later this month at the Westin Diplomat in Hollywood.

“When it comes to the draft or free agency, or acquiring players via trade, anything that has to do with personnel, it’s myself and Erik and Andy Elisburg and [scout] Chet Kammerer and Micky Arison,” Riley said. “If there isn’t a consensus, and there’s somebody that I really want, then I will probably get to make that decision. But I don’t think we’ve ever done anything here where we didn’t all agree it was the best move.”

Spoelstra said personnel input evolved during his nearly two decades in the organization.

“That’s a natural progression when you’ve worked together for so long,” he said. “Pat has been incredibly inclusive with his mentorship, but we’ve been in the same room when the decisions are made for so long.

“Even oftentimes now we feel it’s a consensus.”

Of course, there was the story Riley told last season in the wake of the signing of Chris Andersen of how Spoelstra had pushed for weeks to add the energetic center known as Birdman. But there also often is a touch of hyperbole from Riley in such situations.

Spoelstra said there simply haven’t been my-way-or-the-highway moments from management, certainly nothing like what Thibodeau experienced in having to surrender his prized small forward in the name of Bulls’ tax savings that arrived in the form of instantly waived Andrew Bynum.

In the wake of that move, Thibodeau said of Bulls management, “Their job is to make financial decisions , to make player-personnel decisions, and things of that nature. Their job is to do that. My job is to coach the guys that are here.”

Spoelstra said his priority is preparing his players, while also remaining in the personnel loop.

“I don’t really spent an inordinate amount of time thinking about it,” he said. “I have enough on my plate. But when there’s decisions to be made, we all go in the same room. And that’s probably what makes us different than other organizations.

“We have a familiarity with each other. We can agree or disagree, and it doesn’t affect our decision-making. We push each other. Ultimately, it’s Pat and Micky’s call. But the continuity to the decisions is special.”

More from Ira Winderman and the South Florida Sun-Sentinel