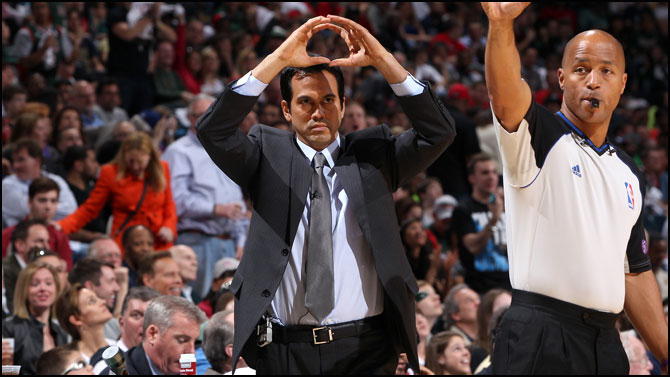 Erik Spoelstra has either the easiest or hardest coaching job in the NBA.

Here’s why it could be the easiest: The Miami Heat coach has at least four potential Hall of Fame players in LeBron James, Dwyane Wade, Chris Bosh and Ray Allen on his roster, and perhaps the deepest bench in the league. He has Pat Riley as a mentor and an owner in Micky Arison who will happily spend with hopes of winning.

Here’s why it could be the hardest: He knows anything less than a second straight NBA championship would mean failure.