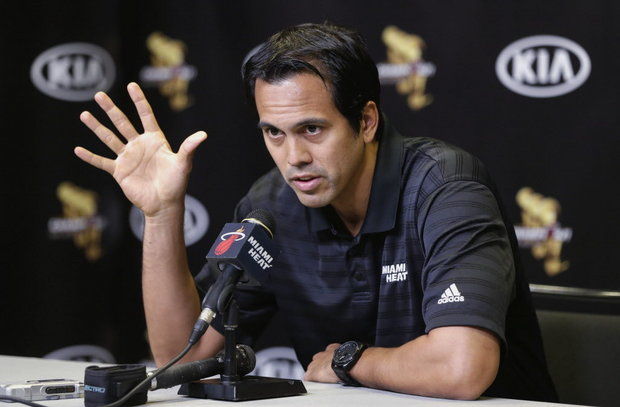 It took Miami Heat coach Erik Spoelstra a few extra minutes to make his way out of a Bahamian restaurant after a recent dinner, getting stopped several times by fans with photo requests.

He obliged them all.

After all, they weren’t calling for his head. Or throwing something at it, for that matter.

Guiding the Heat to the past two NBA championships may have changed perceptions about Spoelstra, a former Portland Pilot whose father worked for the Portland Trail Blazers. But those titles didn’t change the 42-year-old who prides himself on doing the same things, with the same people, as he did before he won.

“It’s my personality naturally to try to fly under the radar,” Spoelstra said Thursday, the next-to-last day of Heat training camp. “That’s simply not realistic with this group. You have to understand that, you have to be OK with it and embrace it to a level where you’re comfortable. I won’t go out there and overexpose myself, but I do live my life and continue to do things I think are important.”

More from The Oregonian