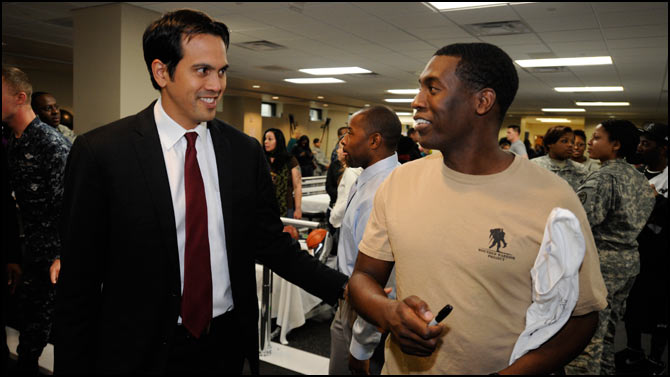 A couple of hours earlier, Erik Spoelstra had enjoyed one of the greatest honors of his 42-year-old life, a “pinch yourself moment,” with the president of the United States praising his steady handling of adversity and controversy. Now Spoelstra and his team had moved to the next part of the Jan. 28 program, a visit to the Walter Reed Army Medical Center. That’s when something happened that, even after a championship, still occurs once or twice per month.