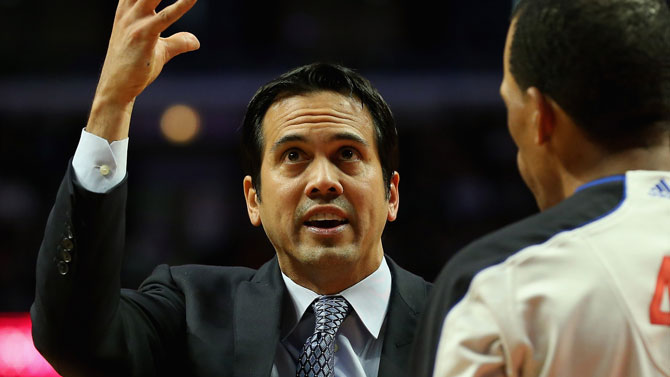 He’s searching for stuff to complain about. The slightest of statistics, of course, can be cut and edited into video form for review. The most subtle of trends can be fleshed out and shoved into a scouting report.

But, really, that’s all busy work at this point. He might as well spend his off days solving crossword puzzles.

Being Erik Spoelstra can be a tedious thing sometimes. Spoelstra has had tough days on the job as coach of the Heat, but not in a while. Thursday night at the United Center was another lesson in sameness. Miami’s 86-67 shellacking of the Bulls was the Heat’s ninth victory in a row. Even against the Bulls, a team that has defeated the Heat six out of nine times in the regular season since 2010, it all felt predetermined.