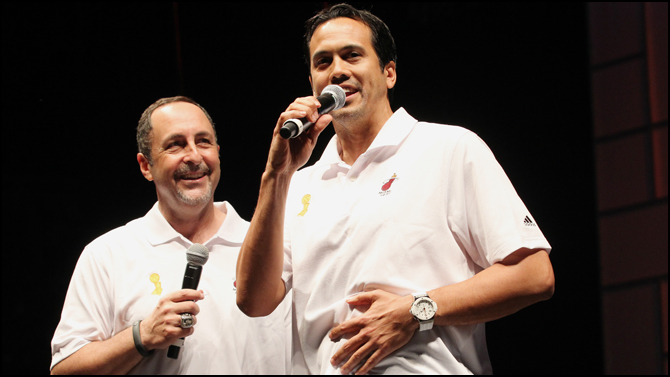 In coaching circles, Erik Spoelstra may be considered a star.

In public, however, he doesn’t make much of a stir, unless he’s at the ESPYs and Jon Hamm is jokingly mistaking him for musician Bruno Mars.

By now, Spoelstra has won two championships, guiding one of the most celebrated teams in modern times, and yet he still can slip into the shadows when out anywhere other than South Florida or on his summer visits to his mother’s home country, the Philippines.

Read more from the Bleacher Report