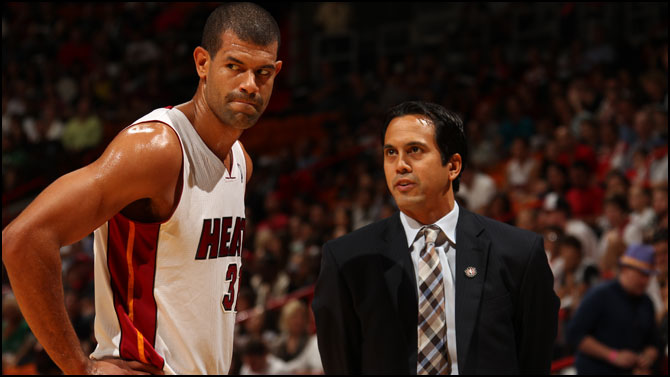 They “held onto the rope” after a rough start during their first seasons together to get to the NBA Finals.

James, Wade and Bosh “owned it” a year later as the team overcame size limitations to win that 2011-12 title.

And they “keep the main thing the main thing” amid doubts about health and a 3-2 series deficit in the Finals last season to secure their second consecutive championship.

So following Saturday’s embarrassing home loss to the Boston Celtics that again exposed the Heat’s horrible defensive effort to start the season, Miami’s marquee players could have shrugged off Spoelstra’s hell-raising, chastising session to open Monday’s practice in preparation for Tuesday’s game against the Milwaukee Bucks.

Instead, Spoelstra’s voice resonated louder than ever.