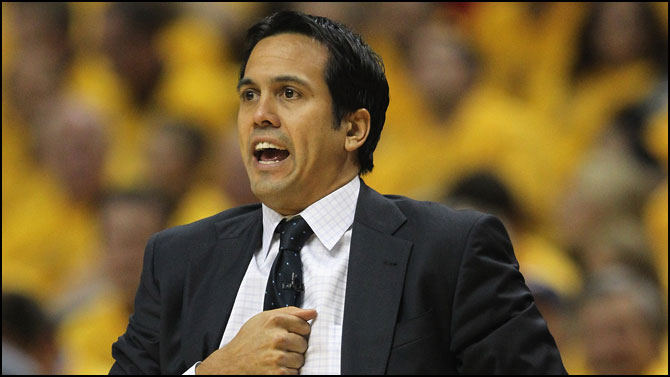 The Miami Heat were good enough to get past the Indiana Pacers in six games in the second round of last season’s playoffs.

Heat coach Erik Spoelstra said with upgraded play from several Pacers this season that more will be required to again vanquish Indiana in the impending Eastern Conference finals.

“If we’re the same team that we were last year, that won’t be good enough. Period. And fact,” Spoelstra said following Sunday’s practice at AmericanAirlines Arena. “And that’s why we’ve spent so much time year trying to develop habits to improve. And we don’t feel we’re the same team.”

Read more from the Sun-Sentinel