Spoelstra Named Coach of the Month 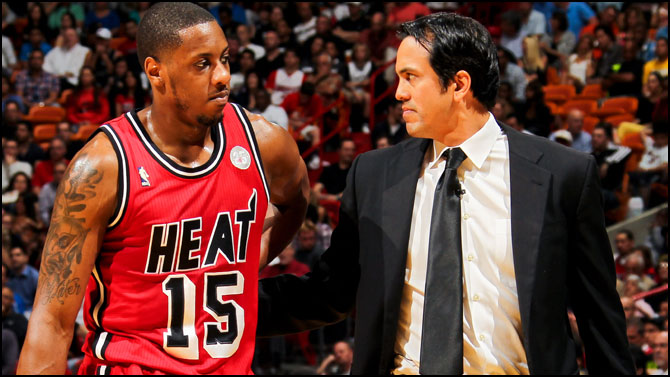 MIAMI, March 1 – The NBA announced today that Miami HEAT Head Coach Erik Spoelstra was named the NBA’s Eastern Conference Coach of the Month for February. This marks the fourth time Spoelstra has earned the monthly honor, the second-most in team history, and the 12th time a HEAT coach has won the award.

Spoelstra earned the accolades after guiding the HEAT to a league-best 12-1 (.923) record during February, winning nine of those games by double-figures, including seven-straight by double-digits from February 8 through February 23, marking the third-longest double-figure win streak in team history. Miami’s .923 winning percentage marks its highest February winning percentage in franchise history and its 12 wins tied for the fourth-most for any month in HEAT history.