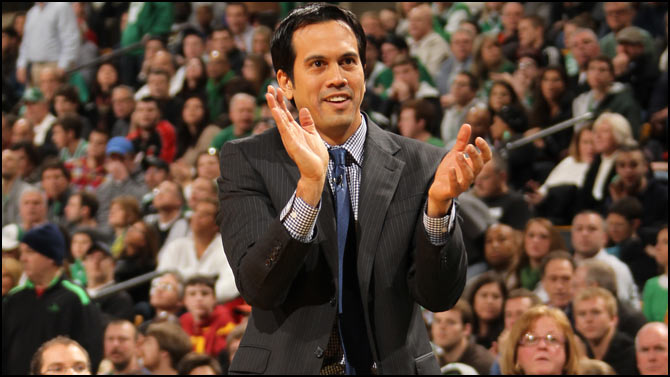 Spoelstra, in his fifth season as Miami’s head coach, has led the HEAT to an Eastern Conference best 30-14 (.682) record this season. His offense is shooting 49 percent from the field and 38.4 percent from three-point range, both franchise highs. He capped off January with an 8-5 (.615) record, a franchise-best 18th consecutive winning month. Additionally, Miami has posted a 76-19 record (.800) at home since the 2010-11 season, the second-highest home winning percentage in the NBA over that span. His .629 (224-132) career winning percentage is the highest in franchise history and his 224 career wins are the second-most in team history.

Spoelstra, a three-time NBA Coach of the Month, has appeared in postseason play in each of his first four seasons while capturing two division titles, two conference championships and an NBA title. His 34 playoff victories and .607 (34-22) postseason winning percentage both tie the franchise highs. His .793 (23-6) postseason home winning percentage is the best among active head coaches and ranks sixth all-time among NBA coaches (minimum 25 games).

The 62nd NBA All-Star Game, which will air live on TNT and ESPN Radio in the U.S., and reach fans in more than 200 countries and territories in more than 40 languages, will be played at the Toyota Center on Sunday, February 17, 2013