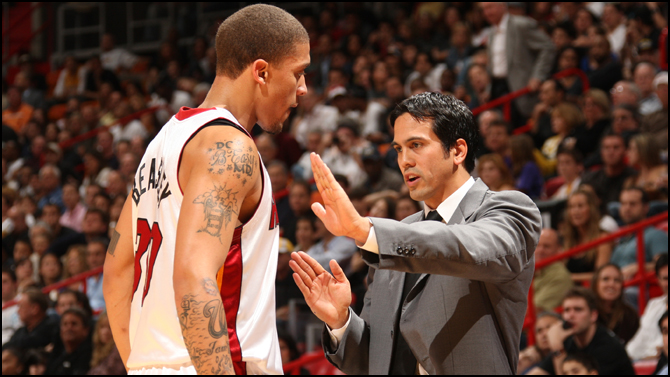 A sampling of what was said and what went on Monday at the Miami Heat’s media day at AmericanAirlines Arena:

— Coach Erik Spoelstra, on Michael Beasley, “When he came available, we all wanted to get him back in our organization.”
— Spoelstra on Beasley’s potential role, “We’ll see how he fits in, and I don’t have that answer right now. I don’t have specific expectations for him on the court. I’m curious to see how it’s going to work out.”
— Spoelstra, on Beasley’s second tenure with the Heat, “It’s a totally different role than what he had to do last time. And we’ll go into it with an open canvas.”
— Beasley, on his second chance with the Heat, “Miami is my second home.”

More from the South Florida Sun-Sentinel