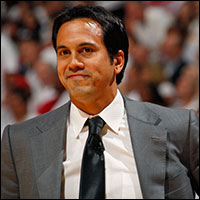 “Stay in the moment.”

“I like it when you have tough times. I don’t search for them during the regular season, but it definitely builds character.”

“You always have an opportunity to get better and learn from people.”

“We’ve seen each other in all the different circumstances of competition — the best, the worst and everything in between — and that helps you grow a relationship when you need that trust when there’s the most pressure, in the playoffs.”

“When we first put this team together, we needed to have structure and everybody on the same plan, without a lot of noise. Initially, you just want everybody on the same page, the huddle to be coherent. Sometimes the quickest way to do that is to have one voice with it. But with this team, it’s certainly evolved, and they see things, but they’ve been in so many situations that it only makes sense for all of us to be able to do it. It evolves with the comfort level and trust with your team, back and forth. That takes time.”

“If you’ve been around each other a long time, it can be shorthand, talking in fragments, and everybody knows what you’re talking about. As we’ve gotten so much more experience together, it’s more of a flow. It’s hard to explain.”

“I think our coaching staff in general, we stay uncomfortable. You’re in a constant state of uncomfortableness. And, well, look at the way the league has changed. It’s changed dramatically in the last, six, seven, eight years. But our team, we look at the way we played two years ago to the way we are now, it’s kind of tough looking at old film. We ask our players to have a growth mindset, to continue to try and reinvent ourselves.”

“Both trips were transformational — truly life changing. I was born and raised in the US, and even though I visited the Philippines when I was a kid, I’ve always wanted a stronger connection with the culture and my family living there. The trips have given me an opportunity to combine the three great passions of my life, which are family, basketball and heritage.”

“I was kind of like the concierge-slash-video coordinator my first year. I just figured I wanted them coming to me with as many different things as possible to lean on, whether it was basketball-related or not. I wanted to be the guy who they’d pick up the phone and say, ‘He’ll get it done.’ ”

“There’s an integrity to my intentions. I probably look at this more simplistically than you want. It doesn’t matter whether you’re a former player or you come up through the video room, whether you come from college. You have to earn that trust from NBA players every day. It doesn’t stop unless, of course, you win 10 rings. But even at that point, you have to prove that there’s competency, there’s a work ethic, there’s a plan, there’s an organization to your thoughts. Then, at some point, they believe you can help them achieve what they want to achieve.”

“That’s my job, to make us understand. You can’t skip steps. You can’t short cut. We don’t know. We’re not resident experts on how to win this year. No one knows. We have to go in with the mentality that we’re trying to figure it out. We have to get better. Other teams have gotten better. Our experiences? Sure. That can help us. But they’re not the answer. That’s done. And what we did last year, that won’t win us anything this year..” 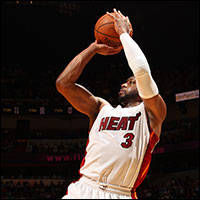 “We worked a lot of hours. You saw that he knew the game of basketball. You knew he was a hard worker. He gave me the confidence to think, ‘I can do it.'”

“I used to do my 1-2 step-in, wide base and he would literally shove me so I could learn how to shoot with contact. And once I got that done, he made me do it with a shot fake, which is even harder.”

“Since I’ve been here… he was a guy that was in the gym with me late, making sure my game was where I wanted it to be. There wasn’t a lot of great moments at that time because he had to push me sometimes where I was tired or I didn’t wanted to be pushed. I’ve enjoyed seeing him grow.”

“We understand that we can’t win without our leader. We need him to lead us. And we also understand he needs us to help lead him. It’s a team thing.”

“He’s like Batman, He goes into his cave. Nobody sees him.”

“What’s overlooked for him is the management of the team. It’s not the coaching part of it. It’s, ‘Can you manage these egos, these personalities, without having one your damn self?’ He’s done it.” 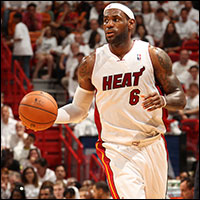 “If he has something, then we go with it. If we feel like we’ve seen something out on the floor, he allows us to go with it as well. There’s definitely growth in the relationship since we got here. We trust him, he trusts us.”

“I know when I can test Spo and when not to.”

“When it seems like the world is crashing down on us, he’s always like, ‘We’re gonna get through it. It starts with me and we’re all going to get through it. Let’s just stay focused and continue to grind’. Then things would get better. You respect that. When your general doesn’t panic, no matter what the situation is, then the rest of the soldiers don’t panic either.”

“The best thing about Spo is he still gives it to us straight. He doesn’t sugarcoat anything, man. If he feels like we’re hot-dogging it or not giving our all, he’s going to get on us. As a player, you respect that. And we take it.” 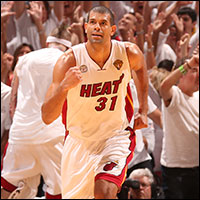 “He didn’t play in the NBA; as he puts it, he played in a beer league in Germany for a few years. (But) he comes from a background of video coordinator. It’s called the ‘truth tape’ because it doesn’t lie. He’s done a good job of using tape to teach. It’s a fine line. We all respect him as our coach… (but) no team in the NBA is completely obedient. The good coaches in this league have a feel for the players. They are able to adjust and allow input without allowing the inmates to run the asylum.” 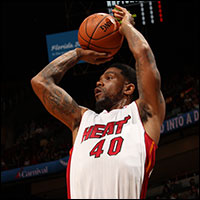 “He continues to reinvent himself every year. After we went to the Finals (in 2011), he could have said, ‘We got all the way to the Finals, but we just didn’t get it done. Let’s come back and do the same thing next year. I’ll be the same guy I was.’ But he reinvented himself. And with that, he made us reinvent ourselves as a team.”

“His office door is always open and he invites us in to speak. It’s kind of funny, but he enjoys confrontation. Not in a bad way. But he understands it’s sincere, it’s passionate and that we all want to win. Sometimes in the family, brothers bump heads, but we all want the same result in the end.” 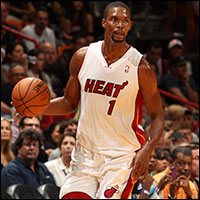 “All the time. Yeah, all the time. He gives us that freedom if it makes sense. He trusts our intelligence as basketball players.” 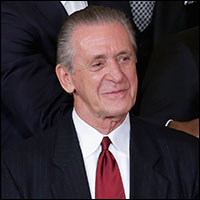 “We have one of the great young coaches in the league. We wanted to extend him and keep him in the family and not have someone steal him away from us. He is somebody who is very innovative, he’s not afraid to take some risks. It’s paramount for him to develop a relationship, a real relationship, with his key guys, and he does that extremely well.”

“What [Spoelstra] did was prime the pump for 11 years, years of learning down in The Dungeon. Sometimes I think being a video coordinator and an advance scout prepares you better to be a head coach than just becoming an assistant coach. You’re forced to look at X’s and O’s and so many things. He had such a great reservoir of basketball knowledge.” 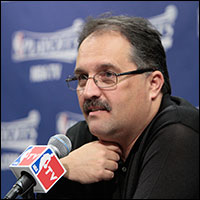 “Very early on in his career, we all knew he’d end up where he is. I don’t think anyone is surprised that he’s gone to that level. Erik might say he’s surprised, but no one else in [the HEAT] organization is.”