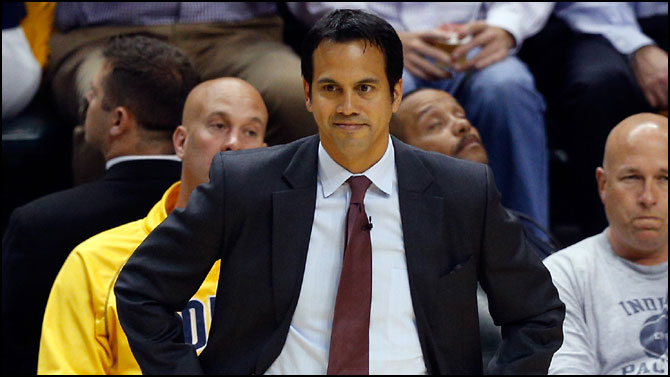 Everyone talks about The Big Three and thinks the Heat are an All-Star team. They are not. If fact, they are one of the truest “teams” we’ve seen in a long time. The Spurs are probably the only other squad in the conversation dating back to, oh, the Chris Webber Kings or even Dream’s Rockets, but few rely on as many role players as the Heat do.

And Erik Spoelstra deserves immense credit for his ability to create a system that so many have thrived in.

Obviously LeBron James is the engine of it all, and none of it would work without him. Thus, what they do isn’t entirely replicable, and “LeBron turning into God on Earth” is part of the plan. Some of that was certainly on display in the Heat’s Game 5 loss to the Pacers, as James played just 24 minutes due to foul trouble and Miami’s offense was markedly less efficient while he sat.