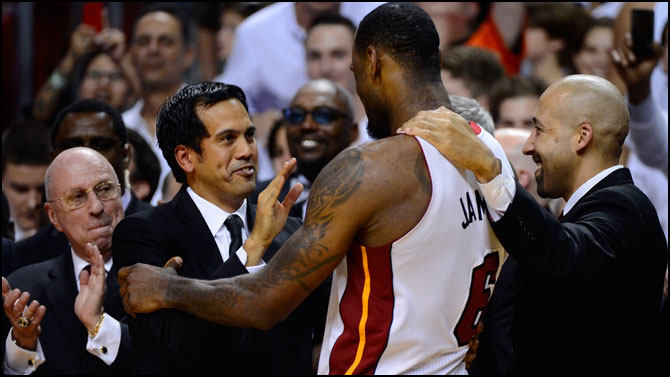 Miami is the most talented team in the league, surely a mitigating factor in Spoelstra’s candidacy. But when you line the facts up, they’re overwhelming:

• Miami (65-16) has the third-best record among defending champions in league history and is the 16th team in league history to win 65 or more games (if the Heat win Wednesday night, they will be the 13th team to win 66 or more).

• Speaking of The Streak, the Heat found themselves trailing by 13 at Boston and 27 at Cleveland, and instead of folding, they kept playing and kept winning.

• They have the best record in the league vs. Western Conference teams (25-5).