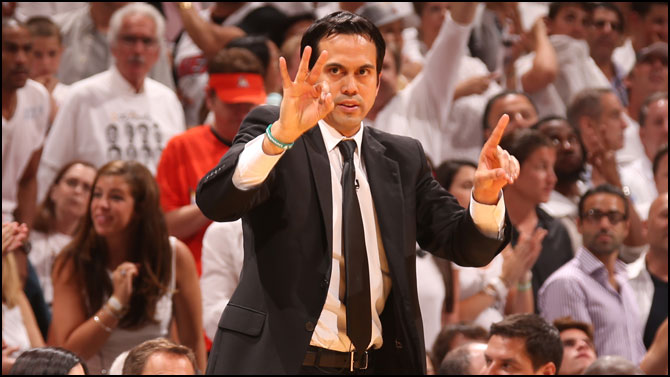 All eyes are on LeBron James tonight as he leads the Miami Heat into Game 7 against the San Antonio Spurs, and there are plenty of questions being asked: Can James carry his team to a second consecutive championship? How will the Spurs attempt to stop him? Will he wear his headband?

But James isn’t the only one with a legacy – and future earnings – hanging in the balance. Erik Spoelstra, who is wrapping up his fifth season as the Heat’s head coach, could add a second ring and move one step closer to enshrinement in the Naismith Memorial Basketball Hall of Fame.