Miami HEAT’s Erik Spoelstra Not Given The Credit He Deserves 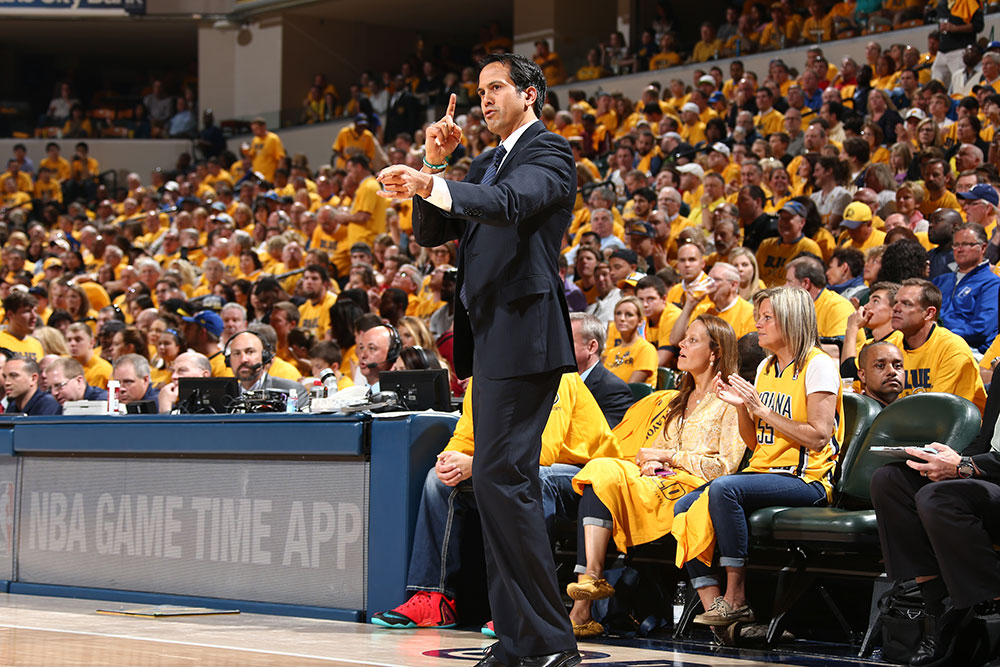 Erik Spoelstra worked tirelessly to earn his position as head coach of the Miami Heat. Vastly successful, he still is not given the credit he deserves for being a masterful leader. Now, on the verge of winning his third straight championship, Spoelstra is ready to emerge as one of the best coaches in NBA history.

The fact is, Erik Spoelstra has arguably the most talented roster in the NBA currently. He also owns the last two league championships. Some call it luck. Anyone can win with LeBron James on his team. That’s what they say. Well, tell that to Doug Collins. Or Mike D’Antoni. Or Mike Brown.

Each of those coaches had a team packed with talent, including superstars named Michael Jordan, Kobe Bryant, and, oh, LeBron James respectively. (Okay, Brown’s Cavaliers were not packed with talent, but still.) All of them remain ringless. Yet here stands Spoelstra, poised to take his third consecutive NBA crown.

It is not luck. And it is certainly no accident. Spoelstra can coach.