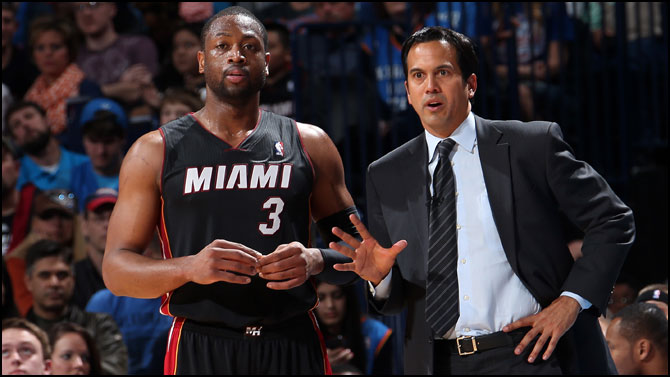 “It’s being made a little bit more than it is, but I’ll go along with it,” Spoelstra said. “It happens all the time. It wasn’t as major as people are making it out to be.”

But players said Spoelstra’s openness to their ideas is appreciated.

“In certain moments he trusts us to come up with what we feel is best,” Dwyane Wade said. “… We wouldn’t be champions if we didn’t have it. We wouldn’t be the team we are today if we didn’t have the trust from both sides to understand we don’t have all the answers, they don’t have all the answers. We’re figuring it all out together. A lot of it is on the fly at times.”