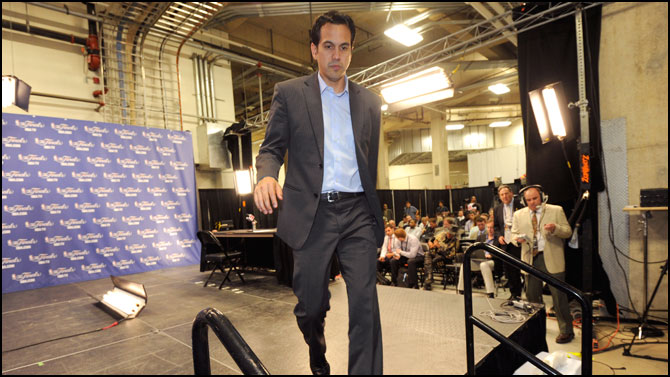 Jon Spoelstra never pictured his son as a professional basketball coach. He was acquainted with coaches in his job as an NBA marketing executive, and always regarded them as competition junkies, high when winning, strung out when losing, jittery between games.

“Obsessed and possessed,” he said.

It was impossible to imagine his boy Erik ever being like Chuck Daly, who once ranted to Spoelstra with total conviction that his 6-13 New Jersey Nets would not win another game for the remainder of the season, or Jack Ramsay, who walked the streets past midnight after a defeat.