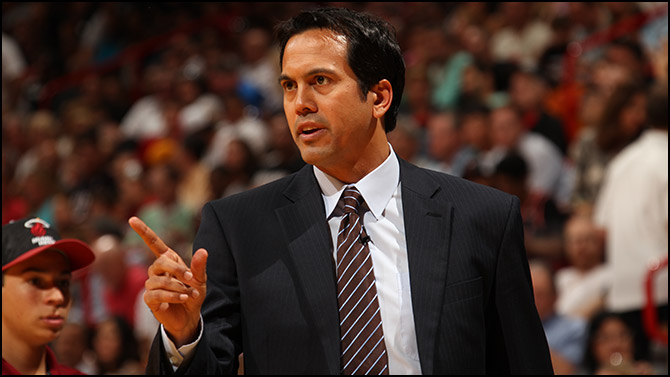 He needed just 448 games to accomplish the feat and now owns an impressive 300-148 record—good for a .670 winning percentage—since taking over as Miami’s coach before the 2008-09 season.

Spoelstra’s first two seasons in Miami didn’t exactly set him on the right path for reaching milestones, as the Heat averaged 45 wins and bowed out in the first round of the playoffs both years. Those first two teams were heavily reliant on Dwyane Wade, who would soon be joined in Miami by fellow stars LeBron James and Chris Bosh.

Wade, Bosh and particularly James get most of the credit, butSpoelstra finally seemed to garner the warranted respect last season when the Heat put together a 27-game winning streak on the way to a memorable NBA Championship.

The 43-year-old Spoelstra further proved his coaching chops Sunday, as the Heat didn’t miss a beat with James sidelined by a broken nose.