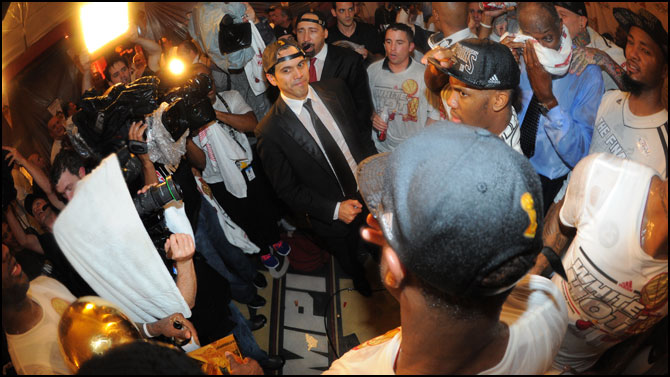 Erik Spoelstra may be 42, but he doesn’t look much different than he did 20 years ago.

Spoelstra, who just completed his fifth season as coach of the Heat, still wears the same kind of things he did back in the 1990s from retro Air Jordans to a gold-toned Casio diving watch complete with a thick black rubber strap.

During Heat practices, Spoelstra isn’t shy about getting out on the court and demonstrating what he’s trying to teach — much like he did as an assistant coach under Stan Van Gundy and Pat Riley during his 30s.

It may be his boyish looks or his good fortune of being the Heat coach when LeBron James and Chris Bosh were lured to Miami to join Dwyane Wade, but Spoelstra doesn’t get the respect other coaches who have won a pair of NBA titles would get.

More from George Richards of the Miami Herald.