How to Make a Basic Green Smoothie 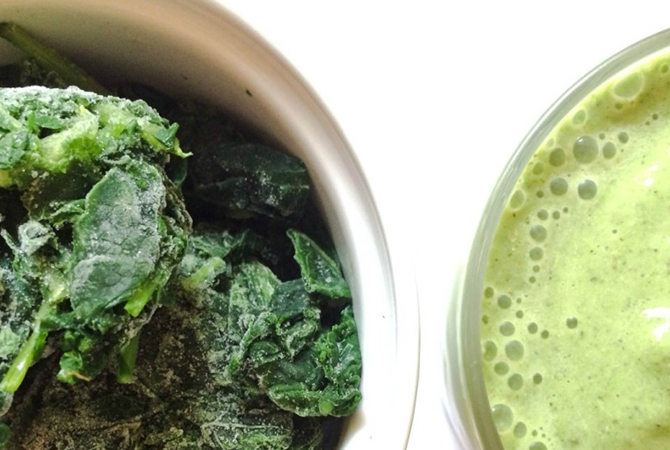 My love affair with green smoothies started with envy. Maybe you’ll relate to this little story.

This was several years ago, before green smoothies were readily available at coffee shops and in the malls. I was quite overweight then, working all the time, and completely sedentary. Of course, I didn’t love being in that state, but I couldn’t really find a way out either. I had high hopes, though, and started browsing healthy food blogs and books. Suddenly, I became aware of the green smoothie, a mysterious elixir that the healthy folks couldn’t stop raving about.

And then I started seeing people drinking these green smoothies more often — on Youtube videos, on the street, coming out of yoga studios. I’ll admit: I kind of hated these people: oh aren’t you healthy? But of course I wanted to be like them, too. They made it seem so easy to be skinny and blissed out on greens — instead of hooked on Doritos and french fries, which I was.

Eventually I got the courage to try smoothies, and then I ventured out into green smoothie territory. And you know what I found out? It was super easy, and I barely tasted the spinach I’d cautiously sprinkled into the blender container. After awhile, I began to add more and more spinach, and to try other greens such as kale and romaine lettuce. And the smoothies still tasted good!