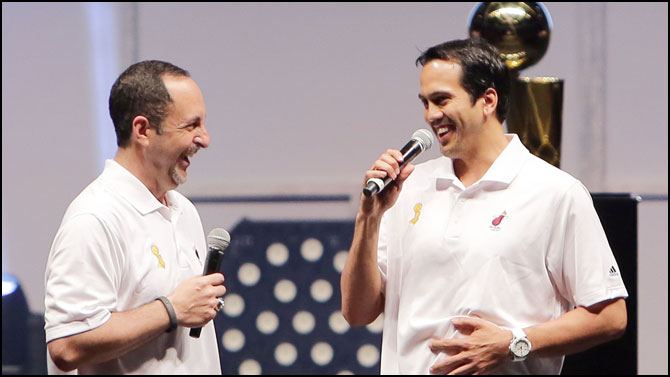 Erik Spoelstra has been waiting months for this moment, and not for the reasons you might expect.

Tuesday night’s championship-ring and banner-raising ceremonies at AmericanAirlines Arena will be anything but funereal. But for the Miami Heat to move past last season’s second consecutive championship, their coach said Tuesday’s pregame celebration has to bring closure.

“That’s why it’s a dichotomy,” Spoelstra said after Monday’s practice at AmericanAirlines Arena, in advance of Tuesday’s season opener against the visiting Chicago Bulls. “That’ll be the final burial for us of last year. And that’s with absolute respect. But we’ve been starting to throw dirt on it, respectfully, that we have to let it go and we have to move on.”