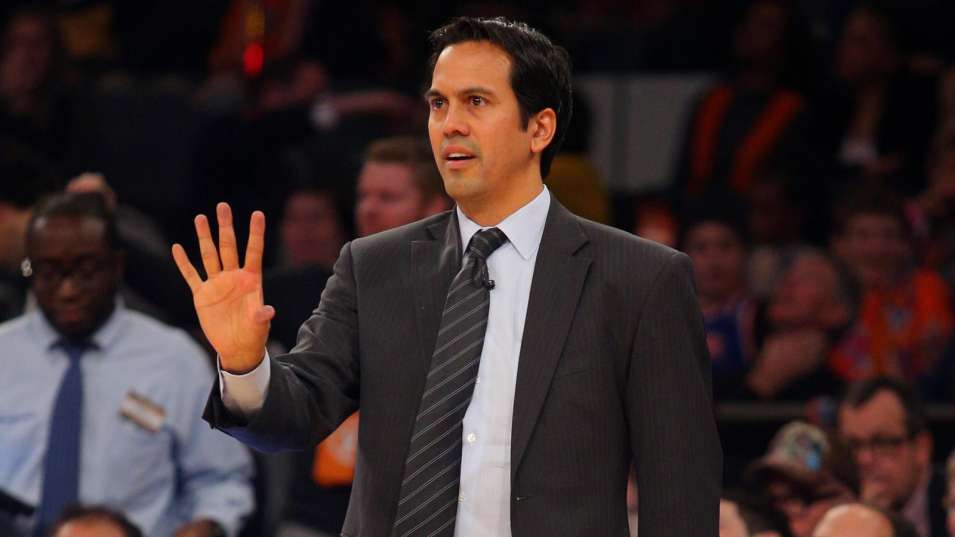 MIAMI — Erik Spoelstra saw the makings of a Super Bowl-winning team when he visited Pete Carroll and the Seattle Seahawks during training camp.

“It was an incredible experience for me. I went up there just to learn and try take something from them,” the Miami Heat coach said before Monday night’s game against the Detroit Pistons. “I knew I could learn something for myself as a coach, from who I think is a really unique football coach.

“Then to see the professionalism, the speed, the quickness, the power of what you saw from that team last night, I saw that in training camp. So my hat’s off to them. It’s not easy to win a championship in any sport, just to be able to endure an entire season and to be able to raise that (trophy) up, that’s pretty cool.”

Spoelstra said he texted Carroll a congratulatory message Monday morning, a day after the Seahawks defeated the Denver Broncos 43-8 in Super Bowl XLVIII.

“I texted him beforehand, in the middle of the week. I hesitated doing it because during the playoffs I hadn’t texted him and I didn’t want jinx it for him,” Spoelstra said.

“We all would have liked to have seen a more competitive game. I mean, you’re sitting down for four hours, you’d like to see some dramatic finish at the end.”