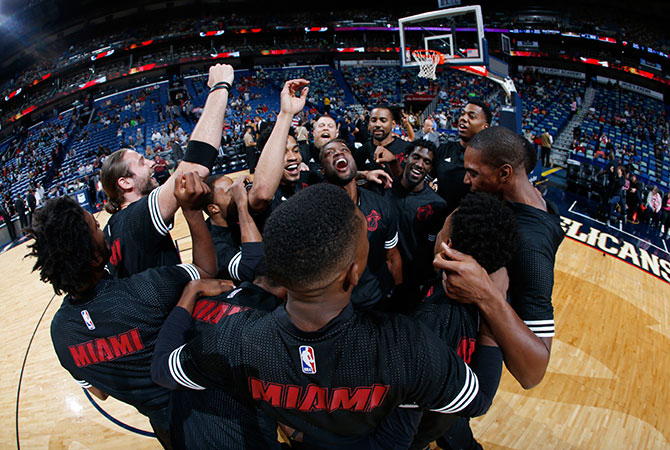 Before, it was about was “sacrifice,” the consensus concession made by LeBron James, Chris Bosh and Dwyane Wade to help push the Miami Heat to four consecutive NBA Finals and two championships.

Now, with a starting lineup that is arguably even deeper than the ones the Heat rolled out during their Big Three era, a second catchword has been added to the Heat vernacular by coach Erik Spoelstra.

“It’s two-fold,” he said after Monday’s practice at AmericanAirlines Arena, “you have to sacrifice, but you also have to be willing to serve: How can you help your teammate? Make the game easier for your teammate?”