Grantland Archives: Spoelstra in the Philippines 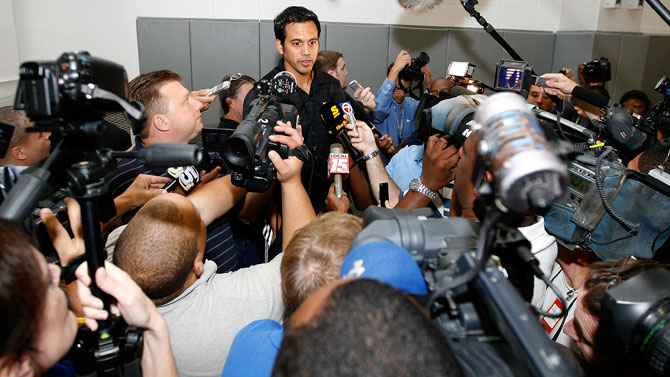 Last August, I watched Miami Heat coach Erik Spoelstra hoist a giant jug of coconut wine in his uncle’s backyard in Los Baños, Philippines, and tell his family that next year, he hoped to bring back an NBA championship trophy. It was the closest Spoelstra, the famously self-effacing and tight-lipped coach, would come to bluster during the week I spent following him through Metro Manila and nearby provinces.