Erik Spoelstra And A Winning Pursuit 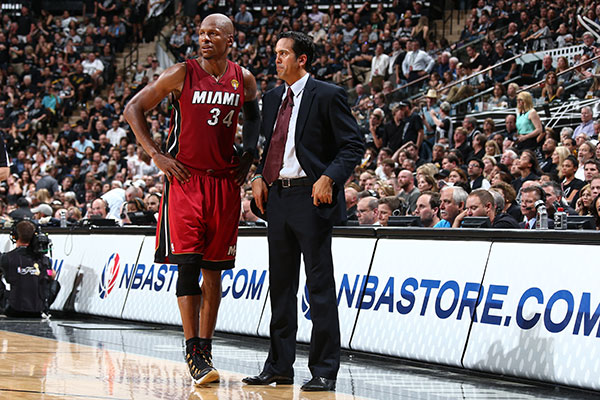 Erik Spoelstra needs a thing. You know, a thing. His thing, a signature move, so to speak.

Red Auerbach smoked his cigars on the bench. Pat Riley wore his stylish attire (I mean, the guy had a collar named after him.) Phil Jackson waved his incense and passed out books.

What is it, exactly, that Erik Spoelstra does?

How about this: He wins.

At some point, he’ll have to get credit for it. If the Miami Heat beat the San Antonio Spurs four times over the next couple of weeks, it becomes unavoidable. The list of NBA coaches who have won three consecutive championships would be this quartet: Auerbach, Jackson, John Kundla and Spoelstra.

Maybe that’s what it would take for Spoelstra to go from being a coach to being known as, you know, Coach.