Erik Spoelstra unimpressed by his place in history 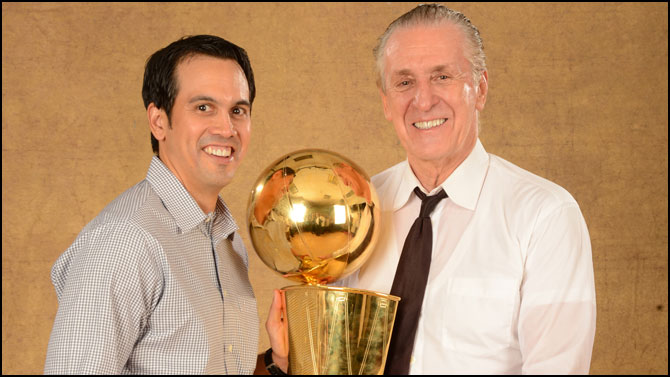 The list of coaches with back-to-back NBA championships includes some of the game’s giants — names such as Red Auerbach, Phil Jackson, Chuck Daly, and of course Pat Riley.

Erik Spoelstra is now part of their fraternity.

And he seems completely unimpressed by that.

At just 42 years old, Spoelstra is now a two-time champion coach with the Miami Heat, having guided the club to the last three NBA Finals and last two titles. Only 12 other men in the history of the league have multiple titles as a coach. Only seven others have collected rings in back-to-back years — and of those, six have been immortalized in the Basketball Hall of Fame.

More from the Boston Herald.