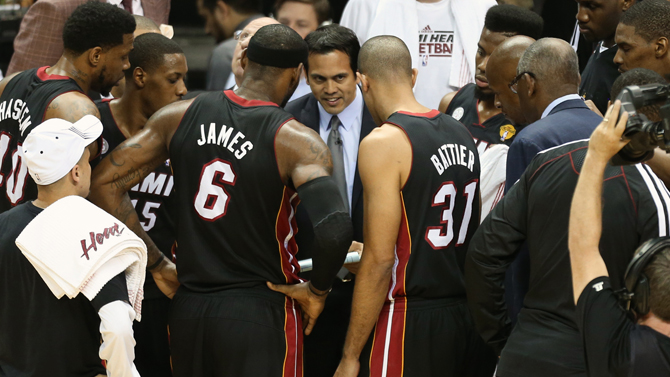 Every off season is filled with various websites and newspapers ranking the best Guards, Forwards or Centres in the league. However, how many of us actually give a thought to the man behind the scenes? The man who makes the plays on the field?

Filipino-American Erik Spoelstra of Miami Heat is probably one of the most famous head coaches in the world of Basketball right now. He is after all, the head coach of the best team in the NBA. Make no mistake, most of the people know him because he coaches the big three – not because of his acumen, not because of his strategic thinking, not because of the plays he drew up.