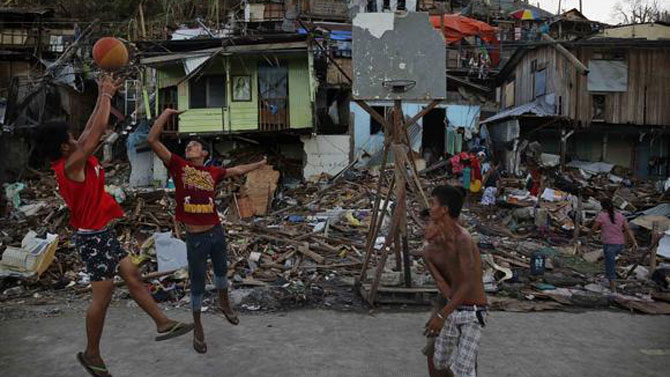 The images caught mostly everyone by surprise.

By early Tuesday afternoon, photos of children playing basketball in the Philippines had gone viral on the Internet. The backdrops for these games featured crumbled homes, wreckage and debris as a result of the typhoon that hit the country two weeks ago.

While it shocked most that those affected by the tragedy have turned to basketball as therapy, it was what Miami Heat coach Erik Spoelstra expected.

“It’s a religion,” said Spoelstra, a Filipino-American. “It’s everything. It’s the No. 1 passion of the country.”

More from Shandell Richardson and the Sun-Sentinel